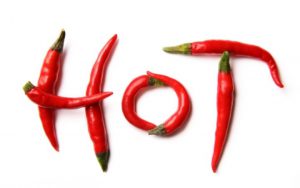 Every time I go to the grocery store to do my photo shopping I am amazed at how many different varieties of peppers there are. Hot or sweet, red, yellow or green, big or small. The variety is almost endless.

So I decided to do a little research and see how each of the peppers flavor profiles are different. Here is what I found.

The heat of a pepper is measured using Scoville units: The scale ranges from 0 (as in bell peppers) all the way to a scary 3,000,000+! Most dried chiles you will encounter fall somewhere in the middle but can still be pretty hot! The Scoville scale is a good start each type can vary based how and where they were grown. Peppers are also a good source of vitamins A, C, and E, they’re also rich in potassium and should be an important part of anyone’s diet. 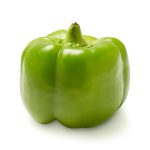 Also known as green peppers, red pepper or sweet bell pepper, they have a Scoville heat rating of 0. Relatively large in size, the bell-shaped pepper in its immature state is green with a slightly bitter flavor. As it matures, it turns bright red and becomes sweeter. You can also usually find yellow and orange varieties. With their high water content, bell peppers will add moisture and color to any dish. 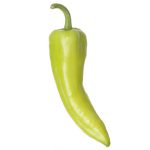 Sometimes called yellow wax pepper or banana chili, these peppers have a Scoville heat rating between 0 and 500.

This mild yet tangy pepper adds a kick to pizza or sandwiches. This pepper usually takes on a bright yellow hue as it ripens, but occasionally grows to be red, orange or green instead.

Also known as Pimiento and pimento peppers. They have a have a Scoville heat rating 500.

Characteristics: This lovely pepper is sweet on the outside and the inside. Bright red and shaped like a heart, this large pepper barely registers on the Scoville scale, but makes up for its lack of spice with a sweet, succulent flavor. You’ll commonly find cherry peppers chopped and stuffed into green olives, in pimento loaves and pimento cheese.

The Poblano or Ancho pepper is somewhat large and heart-shaped, the poblano is common in Mexican dishes such as chiles rellenos. Are poblano peppers spicy? Yes, but only mildly spicy (Scoville heat units: 1,000 to 2,000). At maturity, the poblano turns dark red-brown and can be dried, at which point it’s referred to as an ancho or mulato. Anchos have a rich, raisin-like sweetness. The high yield of flesh to skin makes anchos great for sauces.

Also know as California green chile, chile verde, New Mexican chile, this long pepper is relatively mild and very versatile. When mature, the Anaheim turns deep red and are referred to a chile Colorado or California red chile. Anaheims are popular in salsas and dishes from the American Southwest. The Anaheim is normally a very mild hot pepper, only tipping the Scoville scale at around 500 to 2,500 Scoville heat units. That makes the Anaheim normally at least eight times milder than the average jalapeño.

This Mexican pepper is typically plucked from the vine while still green. If allowed to ripen more, they will turn red and take on a slightly fruity flavored. Jalapeños are a tasty ingredient commonly used to in salsa and sauces. When dried, a jalapeño is called a chipotle. Smoke-dried chipotles come in two varieties: meco (mellow) and moritas (spicier). Smoky, woodsy, and spicy, chipotles are the perfect ingredient for salsas, sauces, escabeche, and adobo.will have a Scoville heat unit index of 3,500 to 8,000. 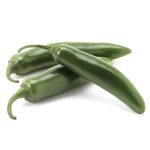 Just a couple of inches long, with a tapered end, this small pepper packs quite a bit of heat. Beware: The smaller the pepper, the hotter it is. When ripe, serranos are red or yellowish orange—they can be cooked in both their ripe and unripe states. Serranos are common in Mexican and Thai cooking and have a rating of 6,000 to 23,000 Scoville heat units.

Slender and tapered, this chile is probably most familiar in its dried, ground form—the powder known as cayenne pepper. Ground cayenne pepper is a main ingredient in the chili powder that flavors Tex-Mex dishes such as chili con carne. It’s one of the spiciest types of peppers with a Scoville heat units rating of 30,000 to 50,000.

Best known for the sauce that bares its name, this pepper grows throughout the world. At maturity, the pepper measures one to two inches and is bright red. To create the famous tabasco sauce, the pepper is smashed and combined with salt and vinegar, which tempers the pepper’s heat the Scoville rating of Tabasco Sauce is 2,500 to 5,000 — a mere fraction of its rating as a pepper of 30,000 to 60,000 Scoville units.

Small and bulbous, this chile, in the same family as the Scotch bonnet, is one of the hottest on the Scoville scale you can typically get at the grocery store. If you can get past the heat, habañeros also have a fruity flavor. They’re popular on Mexico’s Yucatan Peninsula and in the Caribbean, where they’re used to make hot sauces. They pack a Scoville heat units rating of 150,000 to 350,000.

Sometimes called Bonney peppers, ball of fire peppers, cachucha or Caribbean red peppers, this spicy pepper is called a scotch bonnet thanks to its resemblance to the caps men wear in Scotland (tam o’ shanter hats, to be precise). It’s the hottest pepper in the Caribbean and used to flavor all sorts of island dishes, including jerk chicken. Though the pepper is most often spicy, you will occasionally find a sweet variety, called cachucha. Scoville heat units cal top 80,000–400,000.

Sometimes called Bhut Naga Jolokia (bhut means ghost, naga means snake, and jolokia is chile), the name alone sounds daunting. This chile has a venomous bite! The ghost pepper hails from Northeastern India and is also cultivated in Sri Lanka and Bangladesh. So how hot is this hair raiser? With more than 1 million Scoville units, it’s approximately half as hot as the pepper spray used by law enforcement but 100 times hotter than a jalapeño. One of the hottest (edible) peppers in the world, ghost peppers are used — sparingly — in chutney and curry.

The potent spicy heat you experience eating chili peppers is caused by capsaicin, a colorless, odorless, waxy compound found in the white pith of the pepper’s inner wall where the seeds are attached. Capsaicin can improve digestion by increasing digestive fluids in the stomach and by fighting bacteria that can cause stomach infections. You can trim and wash the pith and seeds away to dilute the capsaicin, but use disposable kitchen gloves and avoid wiping your eyes or nose. Be sure to wash your hands with vinegar or soap when you are finished working with hot peppers.

Bill Rice is the Publisher of Family Cookbook Project, which helps create and print custom cookbooks for individuals and families. He likes eating peppers with less than 50,000 Scovile Units whenever possible.

This site uses Akismet to reduce spam. Learn how your comment data is processed. 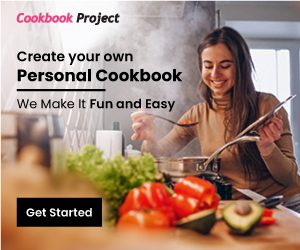